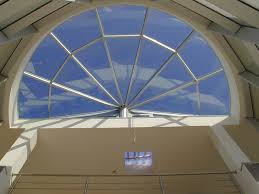 Glass façades represent what best provides that structural innovation can offer to integrate a building perfectly into the environment in which it is located, ensuring an aesthetic result with low environmental impact.
In fact glass façades< allow the for creation of technological and modern structures with sinuous or geometric shakes.
The highly experienced and qualified team at Italserramenti will advise customers on glass façade that best suits their needs. 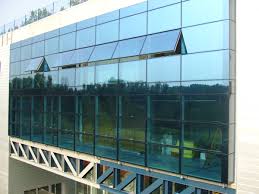 Mullion and transom façades, also called "Stick Systems" are based on vertical and horizontal elements, usually made of aluminium, creating a lattice structure on which are then applied transparent or opaque infills.
The "Stick System" was designed for creating façades, vertical, sloping, tunnels, roofs, domes and polygonal buildings and, if necessary, to have the ability to insert elements that open such as folding doors. 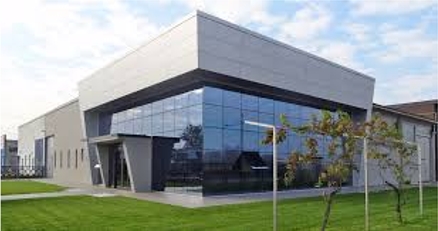 Cell façades, also called "Unitised" façades or "Panel Systems", are composed of cells that contain both the prefabricated aluminium profile and the glazed infill of the façade.

The incorporation of the cells takes place in the factory while the assembly is on site.

Structural façades are made by warping metal, coating it with glass and binding the two parts together with adhesives made with silicone that hide them completely or partially.
The gap between the various panels is thus reduced and with it also the transmission of heat and vibration. 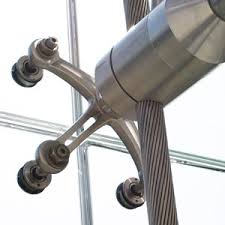 Point-fixed façades are created thanks to the union of the glass plates, through structural constraints called "rotules", the task of which is to transfer the loads to the secondary structure which is usually made of two metal components called "spiders".
There are two main methods that can be used for fixing: fixing point to the glasses via bolts or, in the more advanced system by "rotules", a brand new type of disk where the glass is supported at the four corners without having to drill the slabs. Thus hardware tensions are eliminated.